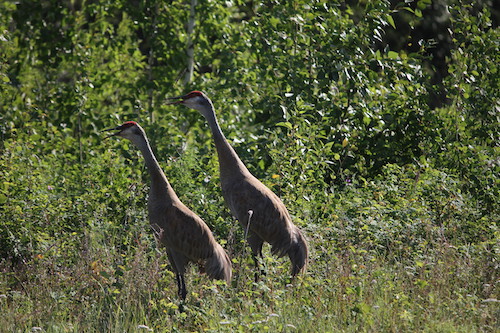 What You Can Do About It

Anxiety is one of those symptoms that hits most of us at one time or another. It comes out of the blue and interferes with our lives. And sometimes it comes at the most inconvenient time. Like when you have a very important engagement.

Maybe anxiety or a panic attack has put you in the emergency thinking you were having a heart attack. Maybe it is not so severe and is just a tightness in the chest or a tingling in your stomach. There are ways that you can learn to deal with this. So, you can help yourself.

This article will look at anxiety, the official diagnosis, symptoms, prevention, and drugs. You will also learn where anxiety comes from and what you can do about it.

You might be wondering if you have anxiety or if someone else has anxiety or what it really is.

According to Psychiatry online: Anxiety disorders include disorders that share features of excessive fear and anxiety and related behavioral disturbances. Fear is the emotional response to real or perceived imminent threat, whereas anxiety is anticipation of future threat. Obviously, these two states overlap, but they also differ, with fear more often associated with surges of autonomic arousal necessary for fight or flight, thoughts of immediate danger, and escape behaviors, and anxiety more often associated with muscle tension and vigilance in preparation for future danger and cautious or avoidant behaviors. Sometimes the level of fear or anxiety is reduced by pervasive avoidance behaviors. Panic attacks feature prominently within the anxiety disorders as a particular type of fear response. Panic attacks are not limited to anxiety disorders but rather can be seen in other mental disorders as well.

If you are wondering what the actual diagnosis is, here it is. This is the diagnosis that you find in the Desk Reference to the Diagnostic Criteria from the DSM-5. It is used by psychiatrist, psychologists, and medical doctors. Following is the diagnosis for generalized anxiety disorder.

1. Restlessness or feeling keyed up or on edge.

You may also be wondering about what a panic attack is. This is the diagnosis that you find in the Desk Reference to the Diagnostic Criteria from the DSM-5.

Recurrent unexpected panic attacks. A panic attack is an abrupt surge of intense fear or intense discomfort that reaches a peak within minutes, and during which time four (or more) of the following symptoms occur: Note: The abrupt surge can occur from a calm state or an anxious state.

4. Sensations of shortness of breath or smothering.

11. Derealization (feelings of unreality) or depersonalization (being detached from oneself).

Note: Culture-specific symptoms (e.g., tinnitus, neck soreness, headache, uncontrollable screaming or crying) may be seen. Such symptoms should not count as one of the four required 4 symptoms.

B. At least one of the attacks has been followed by a 1 month (or more) of one or both of the following:

1. Persistent concern or worry about additional panic attacks or their consequences (e.g., losing control, having a heart attack, “going crazy”).

2. A significant maladaptive change in behavior related to the attacks (e.g., behaviors designed to avoid having panic attacks, such as avoidance of exercise or unfamiliar situations).

C. The disturbance is not attributable to the physiological effects of a substance (e.g., a drug of abuse, a medication) or another medical condition (e.g., hyperthyroidism, cardiopulmonary disorders).

This is the specifier for panic attack from the Desk Reference to the Diagnostic Criteria from the DSM-5.

For panic disorder, the presence of panic attack is contained within the criteria…

Any abrupt surge of intense fear or intense discomfort that reaches a peak within minutes, and during which time four (or more) of the following symptoms occur:

Note: The abrupt surge can occur from a calm state or an anxious state.

4. Sensations of shortness of breath or smothering.

11. Derealization (feelings of unreality) or depersonalization (being detached from oneself).

Note: Culture-specific symptoms (e.g., tinnitus, neck soreness, headache, uncontrollable screaming or crying) may be seen. Such symptoms should not count as one of the four required 4 symptoms.

Other types of anxiety

These types of anxiety are not specifically discussed in this article.

Maybe the clinical diagnosis is not what you were looking for. This is an easier way to understand the symptoms of anxiety. According to the Mayo Clinic:

Common anxiety signs and symptoms include:

You may be wondering where anxiety comes from and what causes it.

As the animals have the fight or flight response to trauma so do we as adults. Other responses are the freeze, submit and attachment cry. These responses can be learned at a young age.

The freeze response is like the deer in the headlights. The deer cannot move. It is frozen. Perhaps it is like you, when something happens that bothers you, you freeze. It is this learned response, that may lead to your anxiety. From Anxiety it could go to a full-blown panic attack. Maybe it is social anxiety.

Often times, in the moment of anxiety, you are not able to think.

What you can do to help your anxiety

One of the best things that you can do to help your anxiety is learning how to breathe in the moment to calm your body down.

The type of breathing that is needed is diaphragmatic breathing. To do this you need to align your spine so that it is upright. Then you can take deep breaths that fill your diaphragm.

When you breathe this way, you do not want to see your chest expand or your shoulders rising.

Expect this will take time to practice.

If you ever sang in a choir, played a blowing instrument, or done yoga, you may be aware of this type of breathing.

Practice it! You can do it!

Another way to deal with anxiety is to plan what you are going to do. This helps to set boundaries so you know what to expect. You want to prepare for situations that may cause anxiety.

With many issues in life, there are possible complications. Anxiety issue is no exception. Some of the issues according to Healthline are:

Depression: Anxiety disorder and depression often occur together. They have similar symptoms and can be difficult to tell apart. Both can cause agitation, insomnia, the inability to concentrate, and feelings of anxiety.

According to the National Alliance on Mental Illness, more than 90 percent of people who die by suicide have been diagnosed with mental illness. This can include anxiety. If you have obsessive-compulsive disorder (OCD) or social phobia, you are also at an increased risk for suicide…If you have one of these anxiety disorders along with depression, your risk is even greater.

Often, people with anxiety use alcohol and other substances to relieve their symptoms. There is no evidence that alcohol actually relieves anxiety, but the belief that it does can bring some relief. Some people report temporary relief from anxiety while under the influence of alcohol or other drugs. However, long-term alcohol use can cause biological changes that may actually produce anxiety.

People with generalized anxiety disorder (GAD), panic disorder, and social phobia are especially at risk for alcohol and drug abuse. Smoking and substance abuse are also common in cases of post-traumatic stress disorder (PTSD). Adolescents with PTSD also have an increased risk of eating disorders.

Physical illness: Anxiety disorder increases your risk of developing certain illnesses. Chronic stress, which may be associated with anxiety, can compromise your immune system. This makes you more susceptible to infections, such as colds, the flu, and other viral and bacterial diseases.

If you have anxiety there are ways that you can prevent it from happening. Here are some of the ways that can help you prevent it according to WebMD:

As listed above limiting caffeine is important.  Limiting your intake to approximately 250 mg per day is best. That is about one cup of coffee a day. You also need to watch other sources of caffeine including pop, sports drinks, tea, medications, and possibly other sources.

Prescription drugs is another source of treatment. It may be the only option that you have in the moment. It does not need to be a long-term treatment. You may choose to use the medication until you are able to make other changes in your life.

Medication that is used for Anxiety according to  WebMD are

Antidepressants, particularly the selective serotonin reuptake inhibitors (SSRIs), are widely used to treat and prevent a variety of anxiety disorders…SNRIs (serotonin and norepinephrine reuptake inhibitors) which act on the brain chemicals serotonin and norephinephrine, and some of the tricyclic antidepressants…Antihistamines or beta-blockers are usually taken only when needed for anxiety, or immediately before an anxiety-provoking event.

There are a number of types of diagnostic anxiety. For you, the main idea is to understand what is happening for you in the moment. Then, learn ways to prevent your anxiety from happening.  This includes diaphragmatic breathing with correct alignment of the spine. You can do it!

You can learn more about anxiety in the book Reflective Meditations Trilogy: Understanding My Trauma, Healing My Trauma, and Letting Go—Forgiveness.