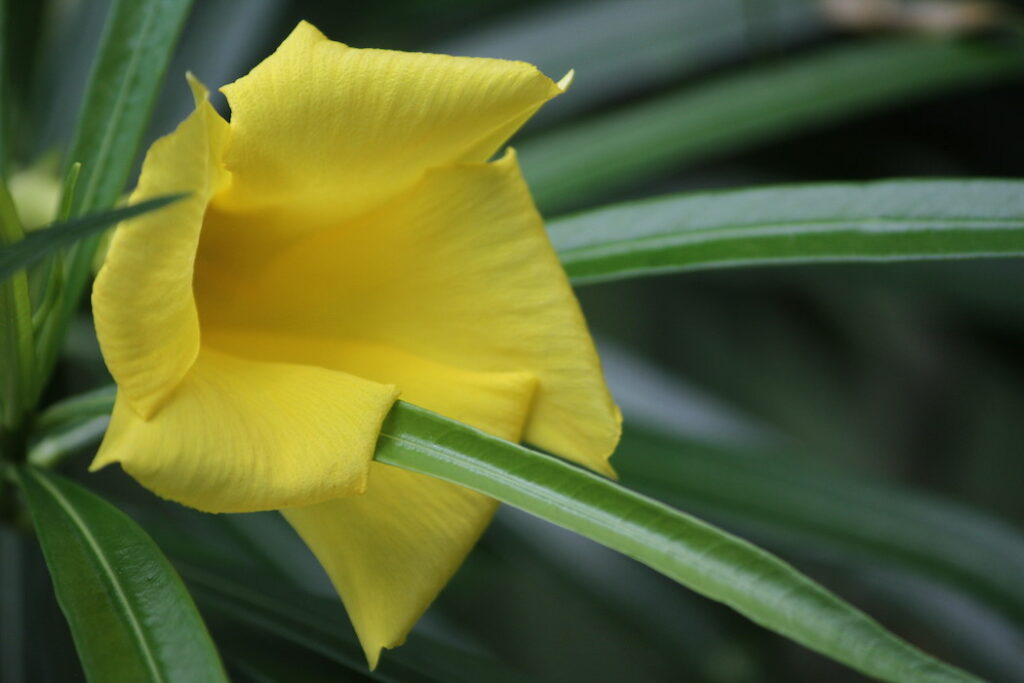 Trauma, Acute Stress, PTSD: Understanding it and Some Treatment Options

What You Can Do About It

Stress, trauma, Posttraumatic Stress Disorder (PTSD) is one of those event(s) that may hit you at any time of your life. It may be in ways that are unexpected. It may happen at the best of times or worst of times. It may be a one-time event or a series of events.

It may be trauma/stress that you suffered directly. Or trauma that happened to a family member or close friend. It may be something that you learned about. Whatever the stress or trauma, it was how you reacted to it that became the issue. How you dealt with it.

This article will look at trauma, diagnosis, how you respond to it, how to deal with it and if medication may help you.

There are many different ways you may react a traumatic events. It may have no affect on you, it might affect you, and it might be a major issue for you.

According to American Psychological Association, Trauma is an emotional response to a terrible event like an accident, rape or natural disaster. Immediately after the event, shock and denial are typical. Longer term reactions include unpredictable emotions, flashbacks, strained relationships and even physical symptoms like headaches or nausea. While these feelings are normal, some people have difficulty moving on with their lives. Psychologists can help these individuals find constructive ways of managing their emotions.

Probably like others you are aware of PTSD. You may not be aware of acute stress disorder. This may or may not be an issue for you. According to the Desk Reference to the Diagnostic Criteria from the DSM-5 it is:

6. An altered sense of the reality of one’s surroundings or oneself (e.g., seeing oneself from another’s perspective, being in a daze, time slowing).

7. Inability to remember an important aspect of the traumatic event(s) (typically due to dissociative amnesia and not to other factors such as head injury, alcohol, or drugs).

8. Efforts to avoid distressing memories, thoughts, or feelings about or closely associated with the traumatic event(s).

11. Irritable behavior and angry outburst (with little or no provocation), typically expressed as verbal or physical aggression toward people or objects.

C. Duration of the disturbance (symptoms in Criterion B) is 3 days to 1 month after trauma exposure.

Note: Symptoms typically begin immediately after the trauma, but persistence for a least 3 days and up to a month is needed to meet disordered criteria.

D. This disturbance causes clinically significant distress or impairment in social, occupational, or other important areas of functioning.

E. The disturbance is not attributable to the physiological effects of a substance (e.g., medication or alcohol) or another medical condition (e.g., mild traumatic brain injury) and is not better explained by brief psychotic disorder.

You may be wondering what the actual diagnosis for PTSD actually is. Here it is.

According to the Desk Reference to the Diagnostic Criteria from the DSM-5 it is:

Note: The following criteria apply to adults, adolescents, and children older than 6 years…

2. Witnessing, in person, the event(s) as it occurred to others.

3. Learning that the traumatic event(s) occurred to a close family member or close friend. In cases of actual or threatened death of a

family member or friend, the event(s) must have been violent or accidental.

Note: Criterion A4 does not apply to exposure though electronic

media, television, movies, or pictures, unless this exposure is work

1. Recurrent, involuntary, and intrusive distressing memories of the traumatic event(s) are expressed.

Note: In children older than 6 years, repetitive play may occur in     which themes of aspects of the traumatic event(s) are expressed.

2. Recurrent distressing dreams in which the content and/or affect of the dream are related to the traumatic events(s).

Note: In children, there may be frightening dreams without recognizable content.

3. Dissociative reactions (e.g. flashbacks) in which the individual feels or acts as if the traumatic event(s) were recurring, (Such reactions may occur on a continuum, with the most extreme being a complete loss of awareness of present surroundings.)

Note: In children, trauma-specific reenactment may occur in play.

4. Intense of prolonged psychological distress at exposure to internal or external cues that symbolize or resemble an aspect of the traumatic event(s).

5. Marked physiological reactions to internal or external cues that symbolize or resemble as aspect of the traumatic event(s).

1. Avoidance of or efforts to avoid distressing memories, thoughts, or feelings about or closely associated with the traumatic event(s).

2. Avoidance of or efforts to avoid external reminders (people, places, conversations, activities, objects, situations) that arouse distressing memories, thoughts, or feelings about or closely associated with the traumatic event(s).

1. Inability to remember an important aspect of the traumatic event(s) (typically due to dissociative amnesia and not to other factors such as head injury, alcohol, or drugs).

2. Persistent and exaggerated negative beliefs or expectations about oneself, others, or the world (e.g. “I am bad,” “No one can be trusted,” “The world is completely dangerous,” “My whole nervous system is permanently ruined”).

3. Persistent, distorted cognitions about the cause or consequences of the traumatic event(s) that lead the individual to blame himself/herself or others.

6. Feelings of detachment or estrangement from others.

1. Irritable behavior and angry outbursts (with little or no provocation) typically expressed as verbal or physical aggression toward people or objects.

F. Duration of the disturbance (Criteria B, C, D, and E) is more than 1 month.

G. The disturbance causes clinically significant distress or impairment in social, occupational, or other important areas of functioning.

H. The disturbance is not attributable to physiological effects of a substance (e.g., medication, alcohol) or another medical condition.

With dissociative symptoms: The individual’s symptoms meet the criteria for posttraumatic stress disorder, and in addition, in response to the stressor, the individual experiences persistent or recurrent symptoms of either of the following:

With delayed expression: If the full diagnostic criteria are not met until at least 6 months after the event (although the onset and expression of some symptoms may be immediate).

These disorders are not specifically covered in this article.

From the book Reflective Meditation Trilogy: Understanding My Trauma, Healing My Trauma, and Letting Go-Forgiveness: Different people react to what happens in their life differently. What is traumatizing to one person may not be trauma to another person. Some people react to trauma immediately, while others may not react for months or even years.

Trauma comes in many different forms. Trauma may be a onetime event or it may be chronic over time. It may be simple or complex.

Trauma can also be chronic over time. It may just be little irritations that become an issue over time. Trauma may also be overt in that it is obvious. It may also be covert where it is subtle and not obvious to see or understand.

Trauma bonds are bond that are stronger than a normal health relationship bond. It is hard to break/leave in such cases. This is especially true in abuser type relationships.

How you respond to trauma

You, along with everyone else in the world, you have the fight – flight responses that all the animals have to trauma.

As a child, you may have the freeze response. This is like the deer in the head lights…it just stands there and does not move. If you have this response, you tend to freeze and not move. You have a hard time thinking in the moment. This may lead to anxiety and fear and possibly panic attacks.

There is also that attachment cry that is available to children.

When you become a youth, the fight and flight responce become available. This is due to a more mature body.

The flight response to trauma is like leaving the situation. This may or may not be the best action for you to do. This is just like the birds flying away when in danger. This type of response leads to addictions. The more addictions usually the more trauma from the past.

The fight response to trauma is fighting. This is like the animals that fight with each other. The fight can be an outward fight. It may be physical and it may be verbal. The other type of fight is with yourself. You may be verbally abusive to yourself. You also may physically hurt yourself in many different ways.

The best resource you have for dealing with trauma is your own body. The best ways to calm yourself down, to help yourself be able to think and function is breathing.

From the article titled Anxiety: Diagnosis, Symptoms, and Treatment: The type of breathing that is needed is diaphragmatic breathing. To do this you need to align your spine so that it is upright. Then you can take deep breaths that fill your diaphragm. When you breathe this way, you do not want to see your chest expand or your shoulders rising. Expect this will take time to practice. If you ever sang in a choir, played a blowing instrument, or done yoga, you may be aware of this type of breathing. Practice it! You can do it!

Sometimes the only way to get a break from the stress that is happening in your life is to take medication to help you. It does not need to be a long-term solution to the problem.

According to US National Library of Medicine National Institutes of Health: The only FDA-approved drugs for the treatment of PTSD are the selective serotonin reuptake inhibitors (SSRIs) sertraline (Zoloft, Pfizer) and paroxetine HCl (Paxil, GlaxoSmithKline). All other agents are used off-label, including paroxetine mesylate (Pexeva, Noven), which is chemically similar to paroxetine but is not FDA-approved for PTSD. SSRIs affect the neurotransmitter serotonin primarily, which is important in regulating mood, anxiety, appetite, sleep, and other bodily functions.

Trauma can affect anyone at any stage of life. Now that you have a better idea what Acute Stress Disorder and PTSD is, you can decide if there are issues that you are having. Then you can figure which response you are having. The place you can start healing is by learning how to breathe with your diaphragm. You can do it!

You can learn more about anxiety in the book Reflective Meditations Trilogy: Understanding My Trauma, Healing My Trauma, and Letting Go—Forgiveness.